The Sweet Melody of Bournville's Carillon

A couple of weeks ago our staff and volunteers got the amazing opportunity to go up the Carillon. To see one of the finest examples of this rare instrument in Britain was an incredible experience! We also had the absolute pleasure of listening to a wonderful performance by Bournville's Carillonneur, Trevor Workman.

The Sweet Melody of Bournville's Carillon

Bournville is known for being the origin of sweet chocolate treats. However, if you take a stroll through the heart of the village, you will encounter another delight.

Have you ever heard the sweet melody of bells float across the Bournville Green?

The bells belong to the Bournville Carillon, located in the tower on top of Bournville School. It is a stunning and unusual instrument that is deeply intertwined with the history of the Cadbury family and Bournville itself.

What is a Carillon?

A Carillon is an ornate instrument that functions similar to an organ. A wooden baton keyboard is connected to a series of different sized bells. The keyboard must be struck with a fist to produce a consistent sound. Dependent on the size of the instrument, its music can be heard for over a mile. To be considered a Carillon, it must have at least 23 bells.

Carillons date back to the 16th century in Northern Europe. The oldest instruments still in use today are found in Belgium, France, and the Netherlands. The instrument grew in popularity in the 19th and 20th centuries. Many were installed at American universities, such as Yale and Princeton.

Though they are comparatively rare in the UK, there are only 15 in the UK. The Bournville carillon is the largest in Britain, weighing an incredible 17.5 tons and plays across 4 octaves.

The History of the Bournville Carillon

After a visit to Belgium in 1906, George Cadbury was inspired to install a carillon in his model village. While in Bruges, George heard the Bruges carillon being played, dating back to 1675. He was captivated by the beauty of the music and how the carillon was a treasured part of the city. So, George Cadbury decided to build a small belfry on the tower of the new Bournville school to install his own carillon as a gift to the residents of Bournville. On his return to England, George ordered 22 bells from a John Taylor & Co in Loughborough, one of which is still present in Bournville's carillon.

The carillon became a core aspect of Bournville's charming ambience. It was a source of joy and pride for George Cadbury during his lifetime. Following his death in 1922, his wife and son donated more bells to the carillon to create George's vision of creating a spectacular instrument that would bring delight to the village for years to come. The carillon in its current form is made up of 48 bells, many of which were donated by Cadbury family.

The carillon is still an ever-present part of the fabric of Bournville. Every Saturday, the carillon is usually played for 1 hour at 12 pm and 3 pm. Bournville's carillon is expertly played by the brilliant world-renowned Carillonneurs Trevor Workman and Charlotte Barber. It continues to be at the centre of many special events throughout the year, such as being played for wedding ceremonies held at Bournville Parish Church and the switch on of the Christmas lights.

Tours of the carillon are held regularly on the instrument's history and include the chance to see it being played up close. 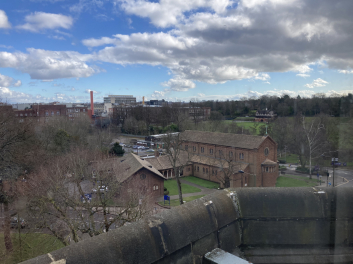 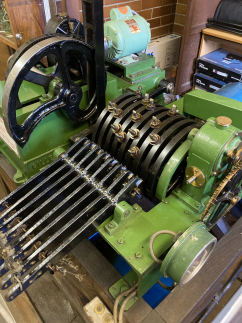 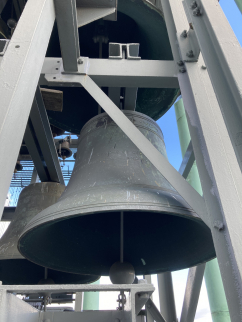 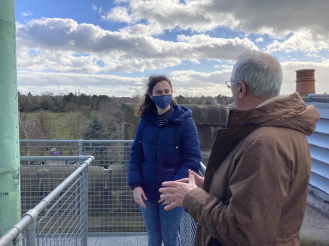 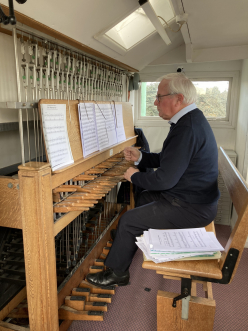 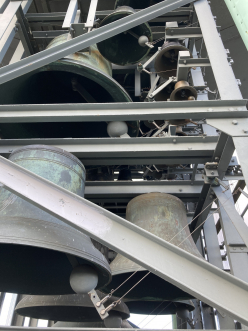