Exiting the hall you walk through the doorway and the short, dark corridor into the kitchen, passing a wooden door on your right which was the original medieval entrance into Selly Manor. The first thing you probably notice is the temperature change – the kitchen is definitely the coldest part of the house. Looking up, you see why; the very high ceiling, owing to a lack of second or third floor to this section of the house. Selly Manor used to be three separate cottages and the construction of the kitchen was quite different to the rest of the house as it has significantly less wood and no upper floors. This part of the house is thought to have been rebuilt in the 16th century, but it has so far proved impossible for historians to accurately date. 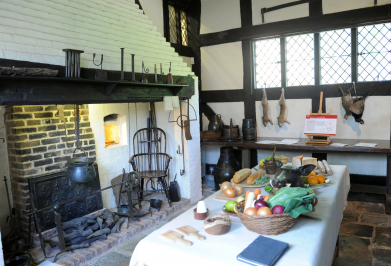 The kitchen is full of all the things that Tudors would use in daily life – cooking equipment, storage units and food. The furniture takes up the majority of the room, but there is enough space to walk around the central table. The table is covered in typical Tudor foods, such as vegetables, meat and bread. What people ate depended on how much money they had. For most Tudors meals were quite simple, they consisted mostly of bread and a type of vegetable soup called pottage. The richer you were the more meat you would eat; for rich Tudors it could made up as much as ¾ of each meal. Tudors also ate some unusual meats such as swan, robin and seal! 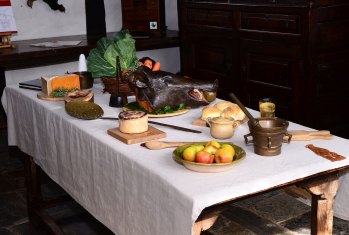 Food cooked in the pot would be made to last over many days and was often past its best. Today, if something is said to have gone to pot, it means the same thing.

Bread was an essential part of the Tudor diet and would be eaten at most meals by all classes of people. In a house like Selly Manor, bread would be baked daily in a bread oven. Burning bundles of twigs would be placed in the oven to heat the bricks. Once hot, the wood and ashes would be swept onto the floor and the loaves placed in the oven to bake in the residual heat from the hot bricks. The oven would be sealed with a wooden door that had been soaked in water – this would produce steam which helped bake the bread. After the bread was cooked, the oven, now a little cooler, could be used to cook pies, cakes or biscuits. 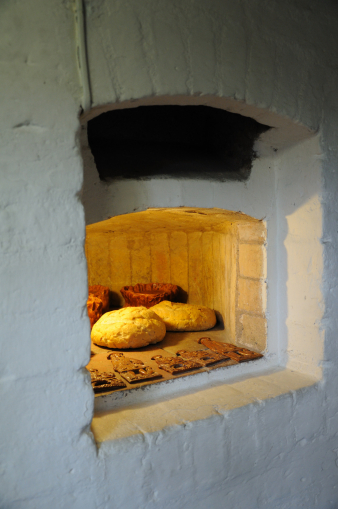 The families that lived in Selly Manor were lucky because they owned land which meant they would be able to grow a large amount of crops and other food during the summer. Grains, vegetables, fruit, herbs, dairy products, meat and fish would all be preserved for winter time. The kitchen in Selly Manor has a smoke cupboard; smoke would travel from the fire up the chimney and into this cupboard, smoking the meat within, and making it last longer.

To save your bacon

Today this means to have a narrow escape from something. It dates from a time when bacon really did need to be saved. Meat was smoked to preserve it and without this vital food supply over the winter your family may not survive. 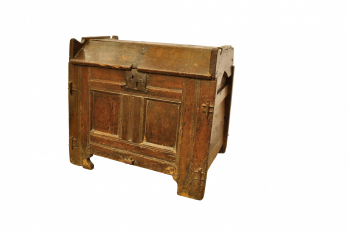 This large ark, used for storing grain, was made in the 17th or early 18th century. It is a plain, functional piece of furniture, which can be taken apart, presumably for cleaning or so it could be easily moved. Its arched lid is detachable and when turned over, its shape allowed it to be used as a kneading trough for making bread. The lid also has two semi-circular indentations at each end so that when it was inverted it would sit on wooden poles and could be used as a hand barrow to take the grain to the mill for grinding. 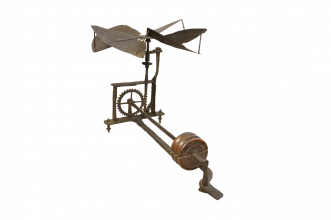 Smoke jacks were introduced in 18th century and were used to cook meat by rotating a spit over a fire. The whole mechanism would be fixed inside the chimney. The upward draught of hot air from the fire would rise up and turn the fan-shaped vanes. This would then turn a vertical iron shaft, which was linked to a cog which drove a horizontal shaft and a pulley, which finally turned the spit itself. There is some evidence that this object may be the only object in the collection original to this building.

These are everyday items that were very useful and widely available. Some were used to hold beer and ale which were the most common drinks, as water was not safe to drink in the Tudor times. 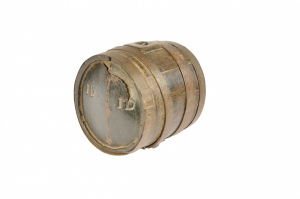 This small barrel is made of oak and iron-banded. This barrel is branded with the letters ID, perhaps showing the original owner’s initials. 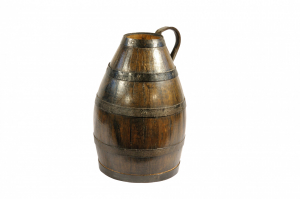 This pitcher was perfect for transporting water, for example from the well to the house. 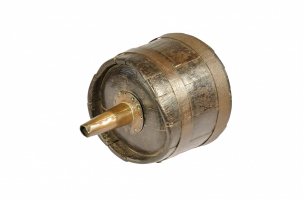 The tundish is fitted with a copper spout. Originally, it was used as a type of tunnel for filling a cask during brewing. 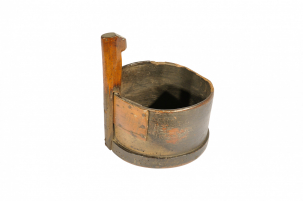 The piggin is a circular vessel made of ash, with a protruding handle, used as a large ladle to transfer liquid from one vessel to another.

We hope you have enjoyed virtually exploring the kitchen and we hope it will not be too long until we can welcome you back to Selly Manor in person. Join us for the next instalment where we will explore the bedroom.