The Origins of Halloween

The Origins of Halloween:

Halloween is fast approaching and so I thought we could look back at where the traditions of Halloween began. When did it become dressing up and trick or treating? What was it like in ancient times? How did it change?

Here is a (very) brief history of Halloween. Just in time for spooky season. 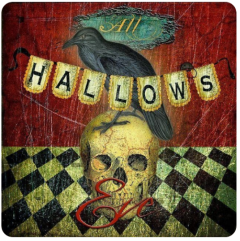 Halloween can be traced all the way back to the ancient Celtic festival of Samhain (pronounced sow-in). The Celts lived over 2,000 years ago and lived in what is now the United Kingdom and some areas of Northern France. Their festival of Samhain was celebrated the night before November 1st, and acted like a New Year celebration.

The festival marked the end of the summer period, end of the harvest, and the change to the weather. It was the beginning of the darker, colder period and was often associated with human death. A very cruel time of year. They believed that on the night before their New Year celebrations the boundaries between the worlds of the living and dead became more fragile, and blurred together. This allowed, they believed, ghosts to return to earth.

Celtic priests were called Druids, and they were especially important during these celebrations. They built huge bonfires, into which they threw animal sacrifices and burnt crops. Those attending this ceremonial bonfire often dressed up in animal skins. Druids were also said to be able to tell fortunes on this night.

Another holiday people might be familiar with around Halloween is All Saint’s Day. This isn’t celebrated much today but it used to be a very important holiday. It was originally called Martyrs Day and was celebrated on 13th May. Pope Boniface IV in 609 AD established this event, but Pope Gregory III later moved it to 1st November and changed it to include all saint’s too, hence the name change.

Christianity spread into the Celtic kingdoms by the 9th century and blended with the current celebrations and festivals. The church added November 2nd to its calendar of holidays, calling it All Souls’ Day, which aimed to honour the dead. It was celebrated in a similar way to Samhain, with bonfires and people dressing up.

All Saints’ Day was also called All-hallows or All-hallowmas, from the Middle English ‘Alholowmesse’ which literally meant All Saints’ Day. The night before began being called All Hallows Eve and eventually this became Halloween.

Halloween for the Tudors was complicated by the Reformation (the splitting with Rome under Henry VIII). During the Tudor times, All Hallows Eve and All Saint’s Day were still very closely linked and celebrated together. These were then followed by All Souls’ Day on the 2nd November. The three days of celebration and prayer had been long established since the Medieval times but the break from Rome caused problems with this. All Souls’ Day was a Catholic festival. It involved praying for those trapped in purgatory in order to cleanse their souls and help them on their way to heaven. This followed All Saint’s Day where people celebrated with their church all the saints of their faith. This three day period, from All Hallows Eve to All Souls’ Day was sometimes known as Allhallowtide.

After the split from Rome, England became an officially Protestant country. This lead to a lot of the traditions of the Catholic faith being removed. Protestants, while still being Christian the same as Catholics, held many different beliefs about how faith should be displayed and worshipped.

One of these Catholic beliefs was Souling. Souling traditionally occurred on All Souls Day and involved the poorer in society going around begging for food and/or coins. In return for anything they were given they would pray for the souls of peoples dead relatives. Catholic faith held that once you died, your soul would be held in Purgatory while awaiting passage to heaven. The more atonement you did in life, and the more people prayed for you after death, could speed up the process of entering heaven.

The Reformation put an end to this. The Protestant faith did not believe in the existence of Purgatory so Souling was no longer considered to be needed. Elizabeth I, in particular, put a stop to the Souling practices of All Soul’s Day.

The celebrations and observances that had been part of the three day celebrations around Halloween for years were subjected to a lot of change during the Tudor period. It was certainly a more complicated time to celebrate Halloween than it is today. 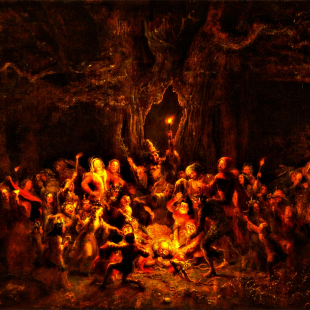 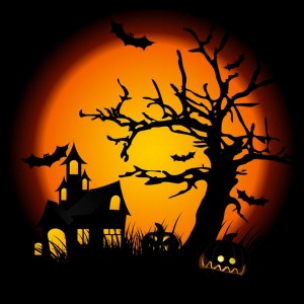